Never say never. 20 years ago, we buried in our memories Britney Spears and Justin Timberlake’s denim corset dress and suit from the 2001 American Music Awards. And here we are today, shamelessly adorning corset tops (thanks Bridgerton), and recreating monochromatic denim looks.

You should understand by now, the 2000s are back. History has a tendency to repeat itself, and even though we swore to ourselves that dresses over jeans, pointed heels, and low waisted trousers would never make their comeback, we were once again mistaken.

Regina George and Carrie Bradshaw have never been so fashionable. We envy their Fendi baguettes, high heels and tennis skirt combos, their Takeshi Murakami designed Louis Vuitton bags. Britney is also back in the spotlight. Her schoolgirl and flight attendant “mini uniforms” are dearly missed. As her teenage style is praised, the same public who worked to destroy her career in 2007 are now fervent defenders of the #FreeBritney movement.

When observing street fashion, or just while scrolling through Instagram, I have been surprised to see young people throwing different colours and patterns at their outfits, like four-year-olds would do, wanting to wear all their new clothes at the same time. And actually, people do dress like their teenage selves. Colourful plastic hairclips are everywhere, complemented by printed glittery tops and Uggs. Even low-waisted bootcut jeans are back in the game. After decades of exile, 2003 Keira Knightley would definitely be proud of us. We are dragging our old Juicy tracksuits out of our wardrobe, tinged with nostalgia at the memory of Paris Hilton and Kim Kardashian in matching sets. Inspired by Destiny’s Child’s concerts, we tie bandanas around our chests and show off our biggest golden hoops.

For now, the sacrosanct temple of haute couture has resisted this cheesy trend, but how long can it hold on? Rather than just observing the change operating in our style, the interesting question is why?. Why have we returned to this girly and innocent era of the 2000s? Why are we turning ourselves toward our childhood, rather than looking forward?

Fashion is an insolent and merciless industry, as if suspended in time. Disregarding human tragedies, it believes that the choice between two fabrics can forever change the face of the world. But it would be wrong to believe that fashion is untouchable. Even though style is something which likes influencing, and not being influenced, nothing is impermeable to contemporary events.

The design of the 1930s collections was very much shaped by the economic and social context of the time. Post 1929, the silhouette’s austerity is a reflection of the morale atmosphere. Skirts are lengthened, corsets reappear, and dark colours conquer the designers’ palettes. Women are only shadows of themselves, the surplus of feathers and sequins from the precedent decade having long disappeared. Luxury is no longer exuberant, and for those who managed to preserve their fortune, it is only visible in the details of a drapery or the finesse of a halter.

Similarly, Parisian women during the Second World War had to custom-make fashion. Among the urgency and the necessity, they had the sense of humour to adopt a sassy style in response to the German occupation. Bright red lips, paired with shortened skirts, cork wedge shoes, and extravagant hairstyles were the perfect body armour for women to provoke an entire army. These trends were a sign of Paris’ courage and tenacity.

Insidiously, through the length of its skirts, the depth of its necklines, or the choice of its fabric, fashion evolves as a response to the world that surrounds it. So how does this apply to us? How are our quarantine outfits a rebellious statement?

The “Gatsby-esque” roaring twenties we had planned for ourselves are long down the drain. Unlike the 1920s, which focused themselves on moving on from the war, we are very much avoiding the future. The pandemic was, to say the very least, a powerful start for the decade. It scared us away, and I’m not sure we can take any more. So we are taking refuge in the reassuring and familiar 2000s fashion. The style of our teenage years is something we are returning to, as a protective shell. The 2000s are happy times which we look back to, and which we want to relive. Back then, the world only cared about Jenn and Brad’s divorce, and the subsequent birth of “Brangelina”.

“we are taking refuge in the reassuring and familiar 2000s fashion”

The comeback of the 2000s is also nourished by the outburst of second-hand market. Fashion is one of the world’s most polluting industries, and the the awareness around sustainability has encouraged people to thrift most of their clothes, or just borrow their parents’. The 2000s were not so long ago, the quantity of clothes left from this period overflows our wardrobes. They are also more approachable and wearable than let’s say, vinyl dresses from the 60’s. They are, therefore, an easy answer to today’s world. The clothes are comfortable, they remind us of our childhood: reassuring, joyful, and glittery.

I too have succumbed to the trend, despite having been conditioned by the French style. The French definition of style is a set in stone, ruthless code of etiquette. You are told to compose your wardrobe around ten timeless items: a pair of leather black ballet flats, a trench coat, a striped jumper, a mom jean, a white t-shirt, a pair of white sneakers, a tailored black blazer, and a large tote bag in which you can dump your entire life. You live under the commandments of high fashion designers who, like Karl Lagerfeld tell you that “sweatpants are a sign of defeat”. Comfortable is not an option. But the sassy atmosphere of the 2000s is growing on my effortless, and chic Parisian self.

This new decade has proven to us that the world is unpredictable, that we should dress for ourselves, to feel good, and that it is not an arrogant fashion designer who is going to judge our clothes. So if cropped tops, low waisted jeans and Uggs make us happy, let it be so. Bring back Avril Lavigne and Usher into our playlists, and binge watch Sex and the City and Gossip Girl. I too want to feel like a teenager who ain’t got a care in the world.

We are therefore almost entirely reliant on advertising for funding, and during this unprecedented global crisis, we expect to have a tough few months and years ahead.

In spite of this situation, we are going to look at inventive ways to look at serving our readership with digital content and of course in print too.

Therefore we are asking our readers, if they wish, to make a donation from as little as £1, to help with our running costs at least until this global crisis ends and things begin to return to normal.

Many thanks, all of us here at Varsity would like to wish you, your friends, families and all of your loved ones a safe and healthy few months ahead. 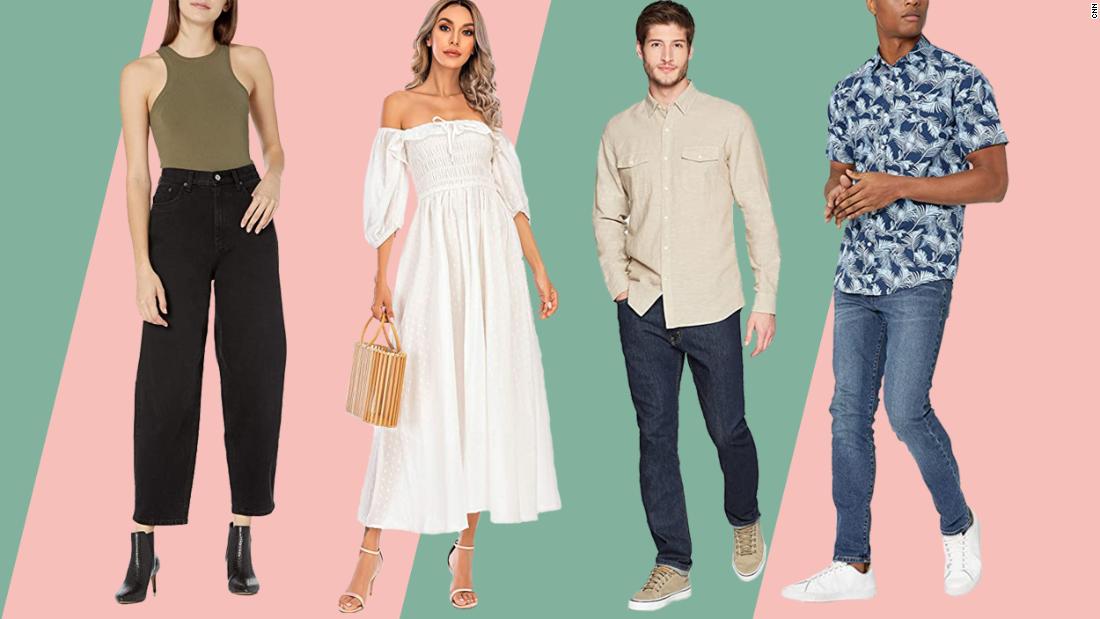